Rooibos earned another stripe this past month when the world’s biggest coffee shop chain, Starbucks, introduced Rooibos Lattes as part of its new spring menu that has thousands of customers in the northern hemisphere hooked.

Starbucks’ Rooibos Lattes come in two variants: Rooibos Tea Latte and Red Apple Rooibos Tea Latte. The drinks are described as “luxurious” and are made by using a new method to extract maximum flavour from the tea, which took the company two years to perfect. The much-anticipated Rooibos lattes were rolled out to 950 stores across the UK – one of the biggest tea-drinking markets in the world.

Adele du Toit, spokesperson for the SA Rooibos Council says it’s a real thrill to have Rooibos feature so prominently on Starbucks’ UK menus and speaks to the growing popularity of the tea and demand for health-promoting beverages worldwide.

“In a region where a whopping 60 billion cups of tea are consumed each year, with over 1 200 varieties to choose from, it’s a big deal for Rooibos to have been given the nod by the Brits,” she says.

Aside from Rooibos’ many health benefits, due to its high level of antioxidants, du Toit also describes it as one of SA’s most versatile products, which big brands like Starbucks are capitalising on.

“There is a lot of innovation happening in the Rooibos tea category and marketers are exploring with lots of different mixes and product offerings. Ready-to-drink tea products, such as Rooibos Cappuccinos and Rooibos Lattes are at the forefront of this growth as they fit squarely into the time-crunched, but health-seeking lifestyle of consumers. For the younger generation a standard cup of tea is no longer enough. Millennials want higher quality tea and lots of different options and flavours to choose from.

“Personalised hot beverages is another emerging trend where in-store touchscreens and digital channels sync with shoppers’ social media profiles to suggest different flavour combinations, based on their personalities. For example, consumers could select a Rooibos chocolate-, spice- or fruit infusion, while further toppings can be added to create a bespoke product that matches a customer’s personality or mood at any given time.

“The global resurgence in the tea category points to consumers wanting to drink better quality tea when they do put the kettle on. Flavoured and speciality teas are perceived as more of an indulgence and consumers who are buying these drinks are willing to spend that bit more on their cup of tea,” remarks du Toit.

South Africa currently exports Rooibos tea to over 30 countries, including the UK, Germany, the Netherlands and US. It is exclusively grown in the Cederberg area of the Western Cape and is arguably one of SA’s best exports. The growing global interest in the tea will help to enhance the demand for local produce, while stimulating much-needed local economic activity.

SA Starbucks fans can look forward to a range of new Rooibos Latte variants that will be available at local stores in the coming months.

For more info on the many uses and health benefits of Rooibos, visit www.sarooibos.co.za 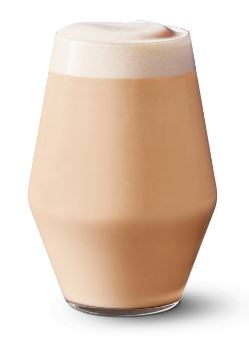 Seen here is Starbucks’ Rooibos Tea Latte as sold in the UK. The blend is naturally caffeine-free and has a hone-like aroma with hints of caramel and malt. It is served pure without sugar. 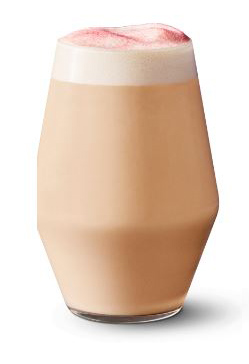 Seen here is Starbucks’ Red Apple Rooibos Tea Latte as served to customers in the UK. It is also caffeine-free and combines red apple syrup with apple blossom dust, creating a slightly sweeter and fruity version of the Rooibos Tea Latte.

THE ‘ROOIBOS EXPERIENCE’ RETURNS BIGGER AND BETTER IN APRIL 2018