ROOIBOS 101: SURPRISING THINGS YOU MIGHT NOT KNOW ABOUT THIS NATIONAL TREASURE

You are here: Home / News / Featured / ROOIBOS 101: SURPRISING THINGS YOU MIGHT NOT KNOW ABOUT THIS NATIONAL ...

ROOIBOS 101: SURPRISING THINGS YOU MIGHT NOT KNOW ABOUT THIS NATIONAL TREASURE

Rooibos is one of South Africa’s most valued natural treasures, but besides being a healthy homegrown tea, how much do Mzansians really know about it?

This Heritage Month, the SA Rooibos Council (SARC) has embarked on a campaign to create greater public awareness of Rooibos – where it comes from, what makes it so unique and how to become a true connoisseur.

Here are a few facts about Rooibos which may surprise you:

1. Did you know that every spring the Rooibos bush is covered in beautiful tiny yellow flowers, which after pollination, forms a seedpod with a single seed inside?

ROOIBOS IN FULL BLOOM: Each spring, Rooibos farmers are greeted by a field of yellow flowers growing on the bush, which carry the next generation of Aspalathus Linearis – the botanical name for Rooibos.

2. Have you ever seen a Rooibos seed? They are tiny and are sown between February and March each year. It takes roughly about 18 months before the bush can be harvested for the first time. 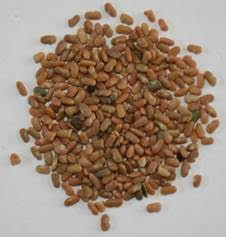 Collecting Rooibos seeds can be tricky as they spontaneously burst out when ripe. In the olden days Rooibos seeds were collected from anthills as ants harvested the seeds. These days, farmers collect the seeds by sifting the sand around the plants.

3. Yes, it’s not a myth! Rooibos really only grows in the Cederberg region of the Western Cape. Although farmers have tried to grow it elsewhere in the world, the climate, soil and conditions just aren’t conducive, …and we’d like to think that nature intended it that way. 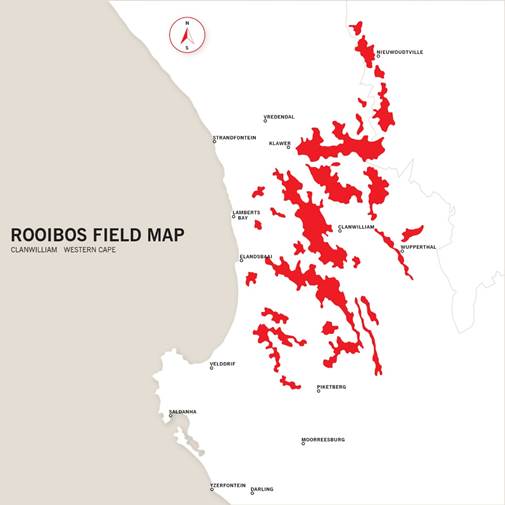 4. The purity of Rooibos is also a tightly controlled process. From the time the crop is harvested to when it is pasteurised, various tests are conducted to guarantee that every single cup (no matter which brand you drink) is 100% pure.

5. Once the crop has been harvested, it is cut to lengths of between 1.5mm and 5mm. The cuttings are then bruised and moistened to 60% after which fermentation takes place (fermentation is defined as enzymatic oxidation) for 8 to 12 hours at a temperature of between 34°C – 38°C. During this process the characteristic aroma and red colour develops. Rooibos is then spread thinly on concrete drying yards to dry. Once this process is complete, the tea is sorted and graded by length, colour, flavour and taste before being pasteurised by steam. 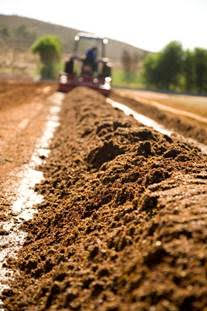 Rooibos develops its characteristic aroma and red colour during the fermentation process where it is spread thinly on concrete drying yards to dry for up to 12 hours.

6. There are several different Rooibos grades. The ‘superior long cut’ is ideal for blending with pieces of fruit and flowers, while an ‘extra fine cut’ lends itself for use in confectionary and espressos. A ‘super cut’ is mostly used in a standard Rooibos tea bag, which makes the tea softer in taste and helps to release more active substances in the cup. 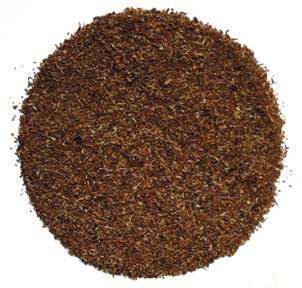 An ‘extra fine’ Rooibos cut lends itself for use in confectionary and espressos.

7. Each cup of Rooibos tea is packed with healthy flavonoids, including aspalathin – a powerful antioxidant unique to the plant. Rooibos is also caffeine-free, low in tannins and contains no fat or proteins and is therefore kilojoule-free. Up to six cups can be enjoyed daily.

8. It grows up to 1.5 m in height and has thin branches that carry bright green, needle-like leaves. And, like the people of our country, Rooibos is a hardy shrub that can survive the toughest of conditions.

9. In 2014, Rooibos received geographical indicator (GI) status, which means that tea can only be called Rooibos if it comes from a defined area in the Cederberg and surrounds. It’s a proudly South African product, which is exported to more than 30 countries across the globe.

10. This year, Rooibos tea celebrates its 115th anniversary as a branded product! The first Rooibos brand was launched by Benjamin Ginsberg from his general dealer shop in Clanwilliam and is still sold today.

Nicie Vorster, spokesperson for the SARC says for generations, Rooibos tea has been a favourite among South Africans and remains an important economic resource for the country.

As a way to preserve the culture and heritage of Rooibos, he encourages everyone to become more intimately acquainted with Rooibos this Heritage Month by making a point of visiting the Cederberg – the heartland of Rooibos – where it’s history and culture really come to life!

SA’S BEST BARMAN TO PUT ROOIBOS TEA ON THE GLOBAL STAGE AS HE COMPETES IN...
Scroll to top