American media and entertainment giant, Marvel Comics, isn’t an easy medium to break into, however our local celebri-tea, Rooibos, received a mention in the most recent edition of She-Hulk when psychiatrist, Flo Mayer, offered Jennifer Walters (also known as She-Hulk) a cup of… wait for it… ‘Rooibos tea’ to calm her down.

“Global consumption of Rooibos is at around 15 000 tons per annum and the demand for the product continues to grow. It’s fast becoming a popular choice among a variety of herbal teas around the world.

“The fact that the author has Mayer offering Walters a cup of Rooibos to calm her nerves, after the confrontation with a villain, called The Leader and his pawn, Professor Robyn Meiser Malt, is right on the money. Research done by several academic institutions, including Stellenbosch University, proved Rooibos tea’s ability to alleviate stress and anxiety levels.

“Who knows what the future holds for Rooibos. Soon it might even be featured in a scene of one of the upcoming action-packed Marvel movies. Perhaps it’s just the antidote that Bruce Banner needs to
tame the raging Hulk inside.

If you’re curious, check out a copy of She-Hulk #162: Jen Walters Must Die, Part 4, Marvel Legacy to see our home-grown star in the making. 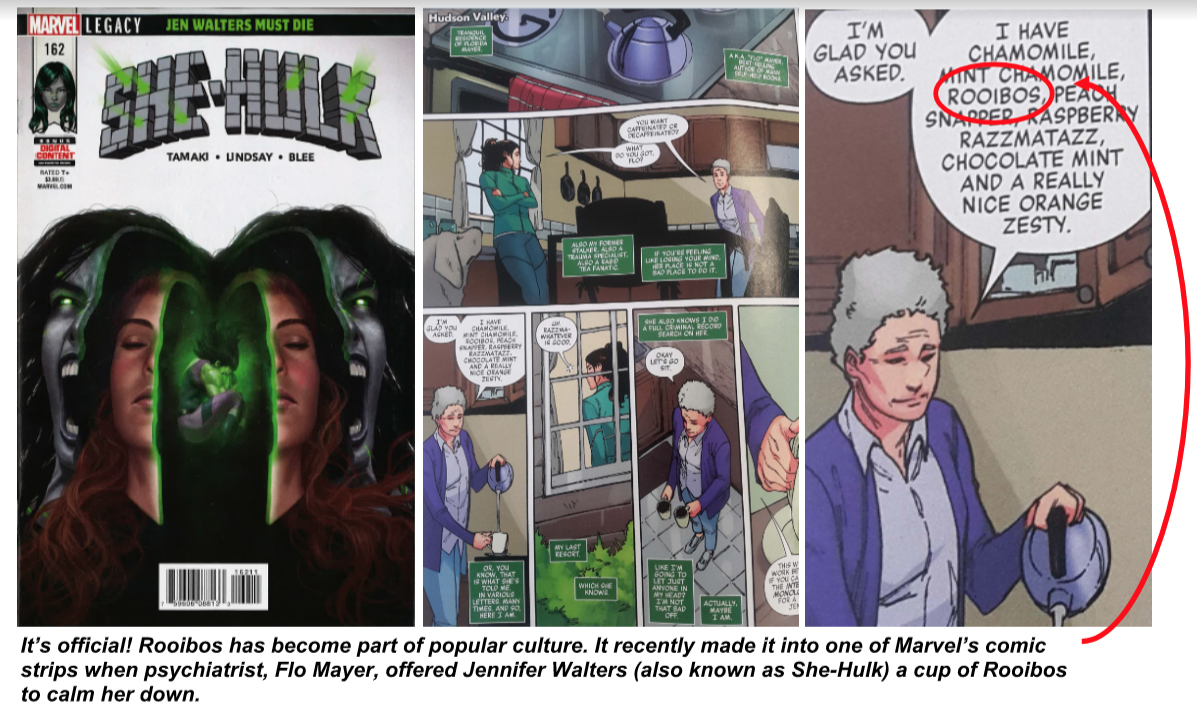 SPOIL YOUR PET ON ‘INTERNATIONAL LOVE YOUR PET DAY’ (20 FEBRUARY) WITH A...